How to Make a Great Music Video - Step by Step Guide 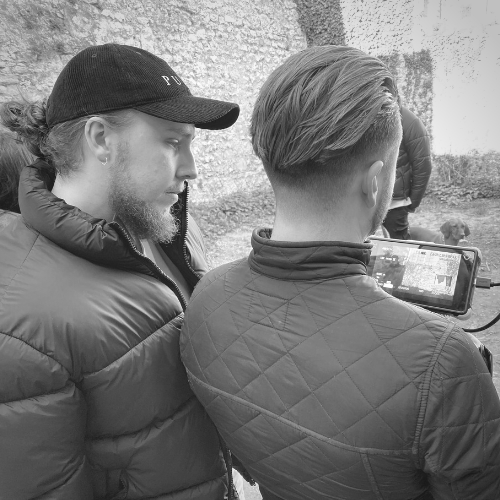 Filming a music video will involve several separate elements from lighting, direction, sound, and post production. Shooting your own music video can be a satisfying experience, as you can develop, direct and deliver a final product that meets the original concepts of the artist, band, or video production company.

Music video production brings about a lot of challenges, depending on factors such as budget, location, and the type of music video being produced. We’ve collated a number of video shooting tips to help you get started on bringing your vision to life.

The purpose of a music video is to compliment the song and bring a deeper message across to audience members.

Shooting your own music video: Where should you start?

Before you start scouting locations and booking a shooting day, you need to prepare and plan every aspect of your music video.

Your music video budget will help determine factors such as;

- The size of your production team

- The equipment you will use

Sorting out finances will help keep you on track and be disciplined with your time. Working to a certain budget will prevent time from being wasted and will also give the team an idea of what is realistically achievable.

Establishing the budget will allow you to work out the best way to bring the initial concept of the music video to life. Taking an idea splayed out across storyboards and initial meetings and turning it into a well polished, high quality video is no mean feat. With a budget in mind, you'll be able to pretty much determine straight away what can be achieved, where you can save money, and what elements you have to scrap.

Alongside the creative crew, you'll need a production team to help manage logistics and organise the production on filming day. This will include the director, lighting specialist, storyboard artists, the stars of the music video themselves, sound recorders, makeup artists, camera operators, props and costume suppliers and finally, editors. The production team will need to be briefed on where they need to be, and when, so the shooting schedule or day can go seamlessly.

Once you've established your filming budget and initial storyboard concepts, then you'll need to find a suitable location to film your music video. Shooting a music video involves a lot of planning, and multiple takes to make sure you achieve the desired final product. Ideas for a music video may seem like you need to hire out a studio or find a suitable outdoor site where you can be, but it all depends on the type of music video you want to create and the story you want to tell.

Consider producing a shorter teaser video, maybe around 15-30 seconds long to promote and release on your social media before the big debut. Creating a teaser video can create a buzz about the music video release for greater exposure. For promo videos, you can add text overlays to promote your bug release date/time.

When shooting a music video, you'll want to ensure you have a bank of good takes to choose from. This will help with the post production phase and help ensure that you have a range of shots and angles to work with. It would be incredibly frustrating to go through the effort and costs of setting up a shoot for a day and then find out you don't have enough material to work with.

An important element to think about when you’re shooting is music video lighting. Depending on the shooting location, you’ll need to consider how much natural light you’ll have to work with, and when you will need additional lighting to ensure each shot is clear. You can create different effects with different sorts of lighting, and if you are relying on natural light for any shots, this should be considered in the filming schedule so you’re prepared before the night draws in and the shot is lost!

Lighting is key when making any type of video, it can be used to set the mood or tone of the video. Natural lighting can be used during filming, this is perfect for low budget productions but sometimes the sun can be too intense and the lighting can change. ‘Golden hour’ is said to be the best time as the sun is setting therefore the light isn't as harsh, however, this is a short shooting window.

If you're not using natural lighting, artificial lighting will be needed. Three-point lighting is a good place to start, this is the basic concept of lighting which consists of; key light which is the strongest light in the shot, fill light which is a softer light that fills shadows and back or rim lighting which adds depth to your shot. If lights are being used you may have to take into consideration that you might need extra power supplies, and remember if you're filming outside to try and find a supply for the power!

You'll need to source and hire a film crew who have the correct skillset and the necessary equipment to create a high quality video that has production value and a clear message. You can hire a video production company to handle all technical aspects of the shoot, which can ensure your effort won't be wasted. A video production company can help provide the latest music video equipment, with years worth of knowledge on how to bring your concept to life.

For the most basic editing software that can be used on your computer, your option: - iMovie for Apple - Adobe Premiere Elements for PC

You’ll be able to find plenty of video editing tips and techniques online to help you if you’ve never edited a video before. Otherwise, get in touch with a video production company such as RAW Pictures who can help you with all aspects of your video editing, including shooting the music video itself.

Know and Understand Your Audience

Understanding what’s going to resonate with your audience will be pivotal for the success of the music video. If your music video fails to strike a chord with your target audience, it won’t make the impact envisioned and could be the difference between success and failure. When a music video resonates, it’s hard to ignore, and we’ve seen time and time again examples of when a music video has brought social media to a halt and got everyone talking. No matter where you’ll find your target audience talking - Youtube, Reddit, Facebook, Twitter, Instagram or TikTok, give them the fuel to start the fire. The way you’ll do this is by producing a slick, expertly executed music video that explores a new angle and demands the attention of the viewer. Read this article of the best music videos of the decade to get inspired.

A music lyric video does what it says on the tin, in that it follows the format of the lyrics of the music video as its main concept. A lyric video is sometimes produced as a marketing technique before the final music video is released.

A performance video focuses on the musical artist performing the song in full for the music video. This may be using different locations, sets, props, outfits and angles, but the key concept for this video is that the artist is performing the song as if to an audience, often with background dancers and elaborate sets.

A concept video will involve an abstract concept that envisions the meaning behind the music video in an unusual and totally subjective way. These concepts are often unusual, obscure or surreal, and can allow a musical artist to push the boundaries in terms of artistic scope. Art is subjective, and a concept music video allows artists to express themselves in whatever way they choose. A good thing about an abstract concept is that this kind of music video can often be produced with a low budget, as you can get creative with ideas to keep things incredibly simple, but effective.

An animated video is another approach that allows complete freedom and a blank canvas. Thanks to the nature of an animated video, the scope for the story that’s played out on screen is endless. You can create complicated concepts, sets and backgrounds with ease, as it is all being digitally created and manifested via software as opposed to in real life. This can help incredibly concepts or costly ideas to be brought to life within your budget, with far fewer logistical headaches to think about.

A narrative music video follows a single storyline that unfolds as a background basis for the song being performed. This could relate to heartache, personal growth, distress or delight, but will include key characters that audiences get to know as they follow their narrative. Occasionally, narrative music videos include the music artists themselves, or will otherwise have a separate cast and entire set and story to follow. Narrative storyline music videos can be used to great effect to help audiences better understand the meaning behind a song and can help them relate to it in a way they can recognise and relate to with ease.

To find out more to to talk to one of our expert team about creating your next amazing music video, get in touch today. 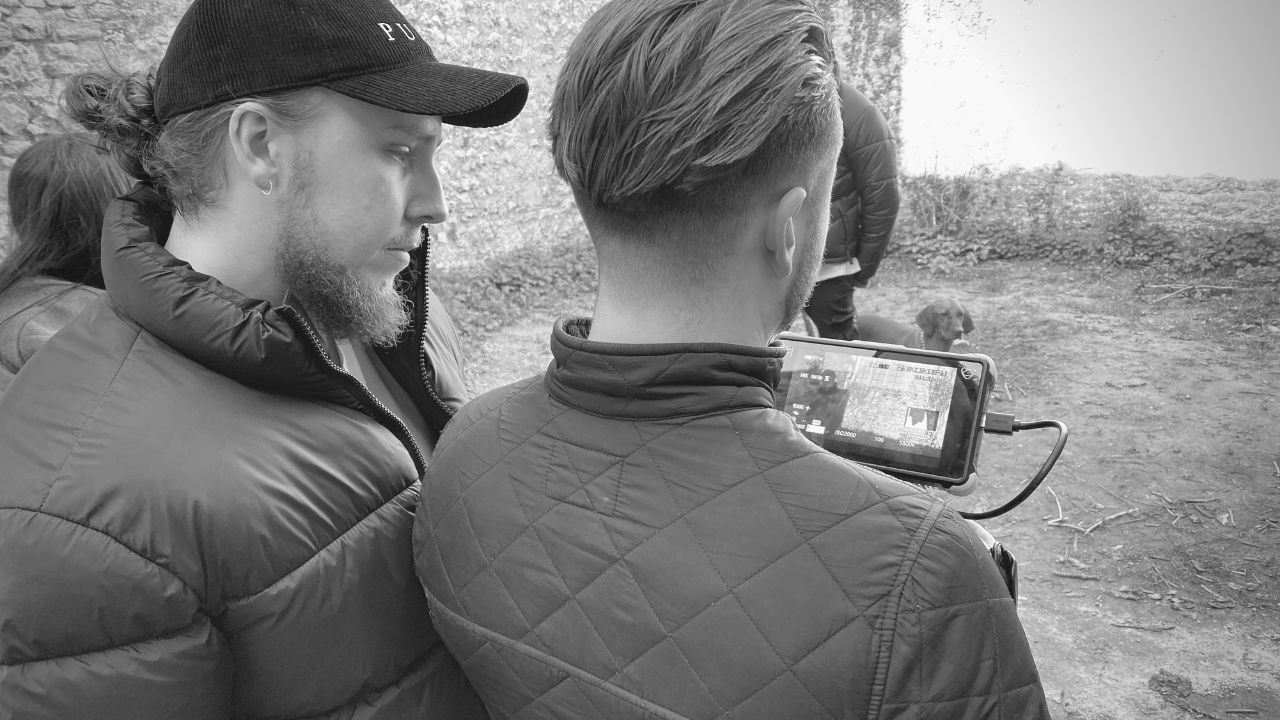 Article by
Maddie Prior 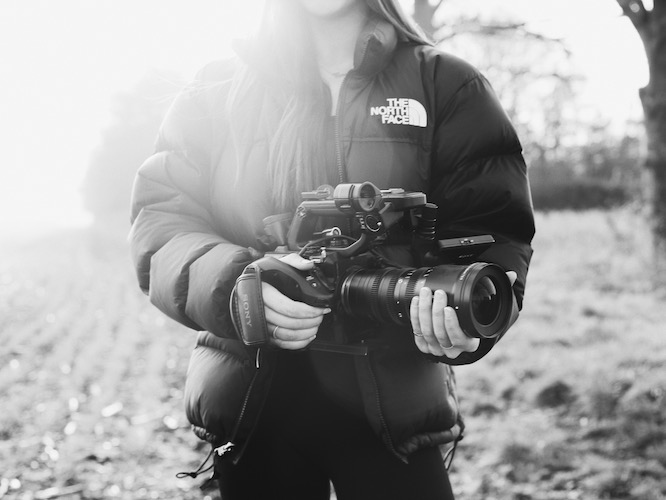 How to boost customer engagement through video 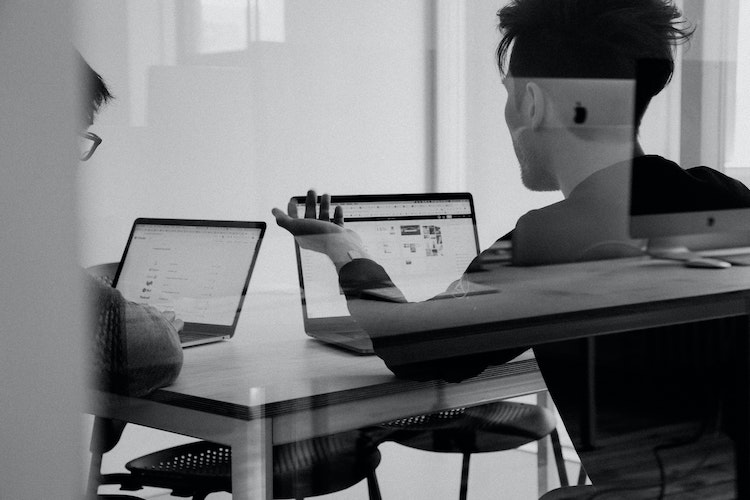 How to humanize your brand on social media

Why animate your businesses story

👋 Get your Free Video Plan